Associated with the team from LCIS - Grenoble Institute of Technology are researchers from : 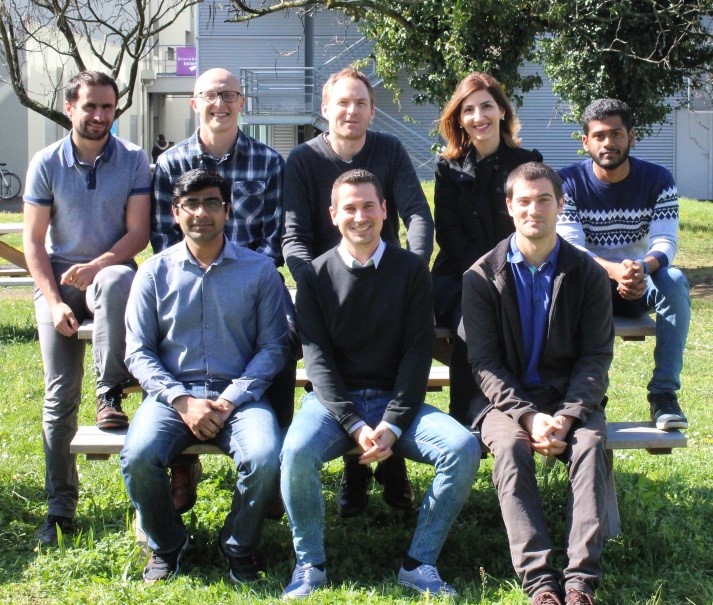 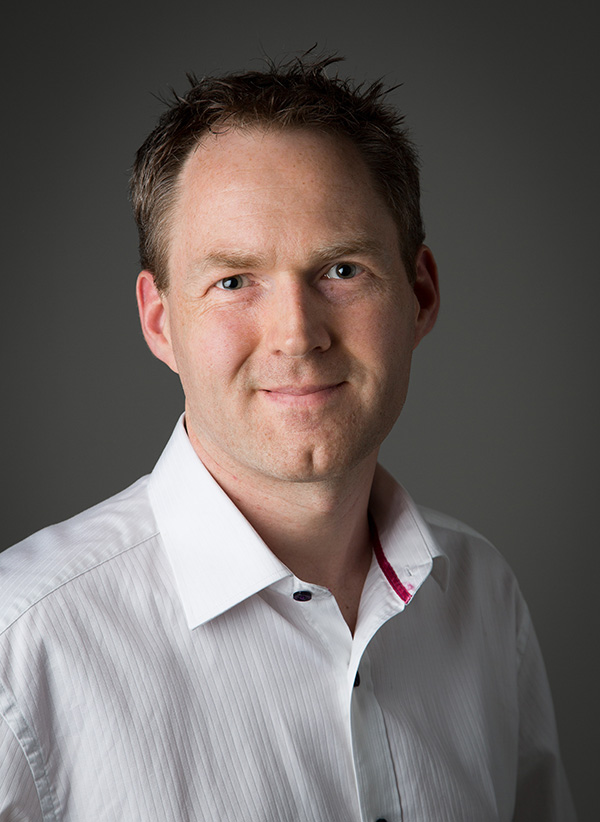 Etienne Perret (S’02–M’06–SM’13) received the Eng. Dipl. degree in electrical engineering from the Ecole Nationale Supérieure d’Électronique, d’Électrotechnique, d’Informatique, d’Hydraulique, et des Télécommunications, Toulouse, France, 2002, and the M.Sc. and Ph.D. degrees in electrical engineering from the Toulouse Institute of Technology, Toulouse, in 2002 and 2005, respectively. From 2005 to 2006, he held a post-doctoral position with the Institute of Fundamental Electronics, Orsay, France. In 2006, he was appointed Associate Professor of electrical engineering at Grenoble INP - Institute of Engineering Univ. Grenoble Alpes, France. From 2014 to 2019, he has been a Junior Member with the Institut Universitaire de France, Paris, France, an institution that distinguishes professors for their research excellence, as evidenced by their international recognition. From 2015 to 2020, he has been an Appointed Member of the French National Council of Universities.

He has authored or co-authored more than 200 technical conferences, letters and journal papers, and books and book chapters. He holds several patents. His works have generated more than 3400 citations. His current research interests include electromagnetic modeling of passive devices for millimeter and submillimeter-wave applications, and wireless communications, especially RFID and chipless RFID, and also include advanced computer-aided design techniques based on the development of an automated codesign synthesis computational approach.

Dr. Perret is a Technical Program Committee member of the IEEE International Conference on RFID, the IEEE RFID TA; and a member of the IMS Technical Paper Review Committee. He was a recipient of several awards like the MIT Technology Review’s French Innovator’s under 35 in 2013, the French Innovative Techniques for the Environment Award in 2013, the SEE/IEEE Leon Brillouin Award for his outstanding achievement in the identification of an object in an unknown environment using a chipless label or tag in 2016, the IEEE MTT-S 2019 Outstanding Young Engineer Award and the Prix Espoir IMT – Académie des sciences in 2020. He has been a Keynote Speaker and the Chairman of several international symposiums.

Etienne Perret was awarded an ERC Consolidator Grant in 2017 for his project ScattererID.

Some of his outstanding publications: 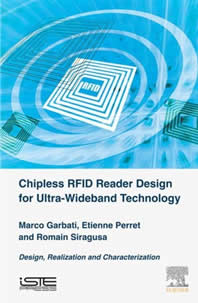 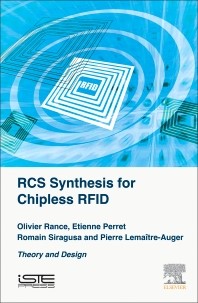 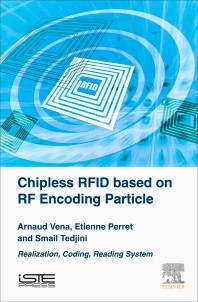 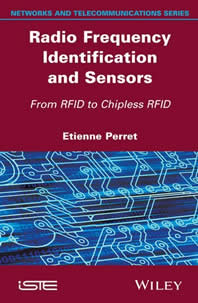 Radio Frequency Identification and Sensors
From RFID to Chipless RFID 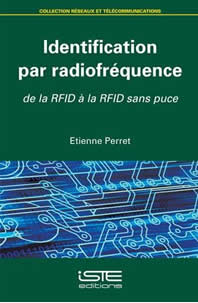 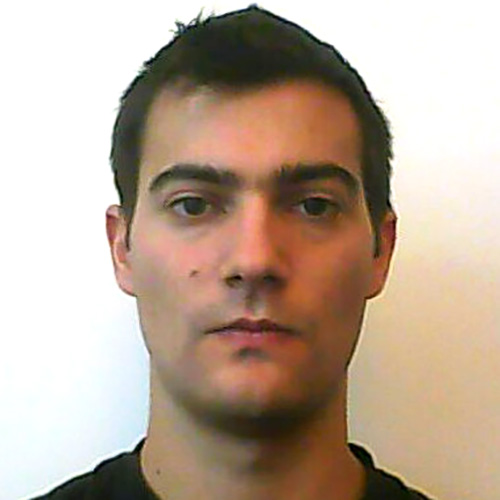 Nicolas Barbot received the M.Sc. degree and Ph.D. degree from the Université de Limoges, France. His Ph.D. work in Xlim laboratory was focused on error-correcting codes for the optical wireless channel. He also realized a post-doctoral work in joint source-channel decoding at the LSS laboratory, in Gif-sur-Yvette, France. Since September 2014, he has been an Assistant Professor at the Université Grenoble Alpes - Grenoble Institute of Technology, in Valence, France. His research interest at LCIS laboratory includes backscattering communications, RFID and Chipless RFID. More recently, he investigates the use of chipless tag as low-cost, batteryless and robust sensors. 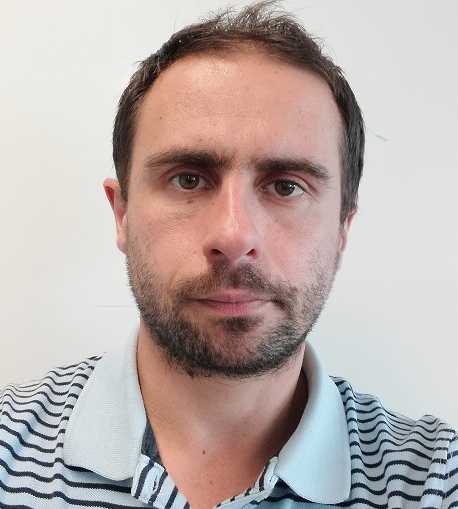 Romain Siragusa was born in Paris, France. After completing the Engineer degree and the M.Sc. degree in optical and radiofrequency from the Grenoble Institute of Technology in 2006, he received the Ph.D. degree from the Université Grenoble Alpes - Grenoble Institute of Technology at the LCIS laboratory (Laboratoire de Conception et d'Intégration des Systèmes) in Valence, France, under the supervision of Smail Tedjini and Pierre Lemaitre-Auger. From September 2007 to March 2008, he held a visiting Ph.D. student position with professor Caloz's group at Ecole Polytechnique de Montreal. In 2009/2010, he joined the CEA (Commissariat à l'énergie atomique - French Atomic Energy Commission) as a post-doctoral fellow, where he studied the high impedance surface for integrated antenna on silicon. Since 2011, he has been an Associate Professor at the Université Grenoble Alpes - Grenoble Institute of Technology in Valence, France. His current scientific interests include leaky-wave structures, automated design of CRLH structures and metamaterials applied to RFID. 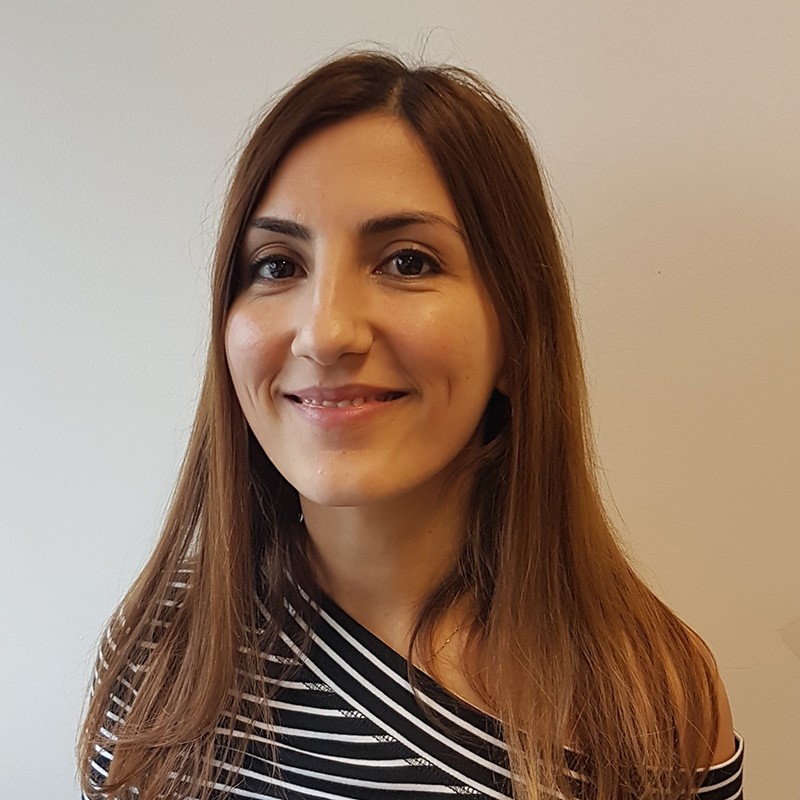 Darine Kaddour was born in Mechmech, Lebanon, in February 1982. She received the B.S. degree in physics from the Faculty of Sciences, Lebanese University, Tripoli, Lebanon, in 2003 and the M.Sc. degree from the Institut National Polytechnique de Grenoble, Grenoble, France, in 2004. In 2007, she received the Ph.D. degree from the Institut National Polytechnique de Grenoble. Her PHD work includes the design and measurements of miniaturized RF passive filters. Since September 2009, she has been an Assistant Professor at the Université Grenoble Alpes - Grenoble Institute of Technology in Valence, France. She is also currently involved in research with the LCIS laboratory (Laboratoire national de Conception et d’Intégration des Systèmes), where her research includes design, modeling and characterization of radio frequency (RF) circuits, especially transmission lines and passive filters in order to tackle the recent needs in miniaturization of RF functions in front-end radios. Her current scientific interests include microwave circuits and RFID antennas and sensors. 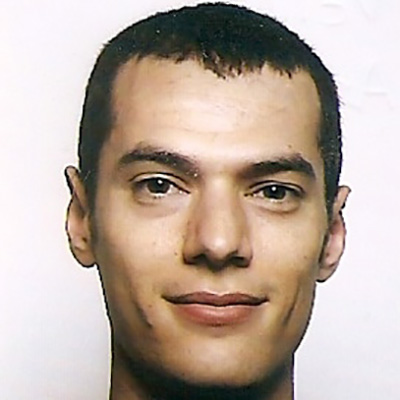 Arnaud Vena received the Eng. Dipl. degree in electrical engineering from the Université Grenoble Alpes - Grenoble Institute of Technology, Grenoble, France, in 2005, and the Ph.D. degree from the Université Grenoble Alpes in 2012. In 2005, he joined ACS Solution France SAS and was responsible for the development of RFID contactless card readers. In October 2009, he started his research within Grenoble Institute of Technology, mainly focused on the design of chipless RFID systems. From 2012-2013 he held a postdoctoral position at the Tampere University of Technology in Finland, in the field of conventional and chipless RFID sensors. Since September 2013, he is an Associate Professor in electrical engineering at Université Montpellier 2 within the IES lab. His current research interests are in the field of wireless sensors, RFID systems and printed electronics. 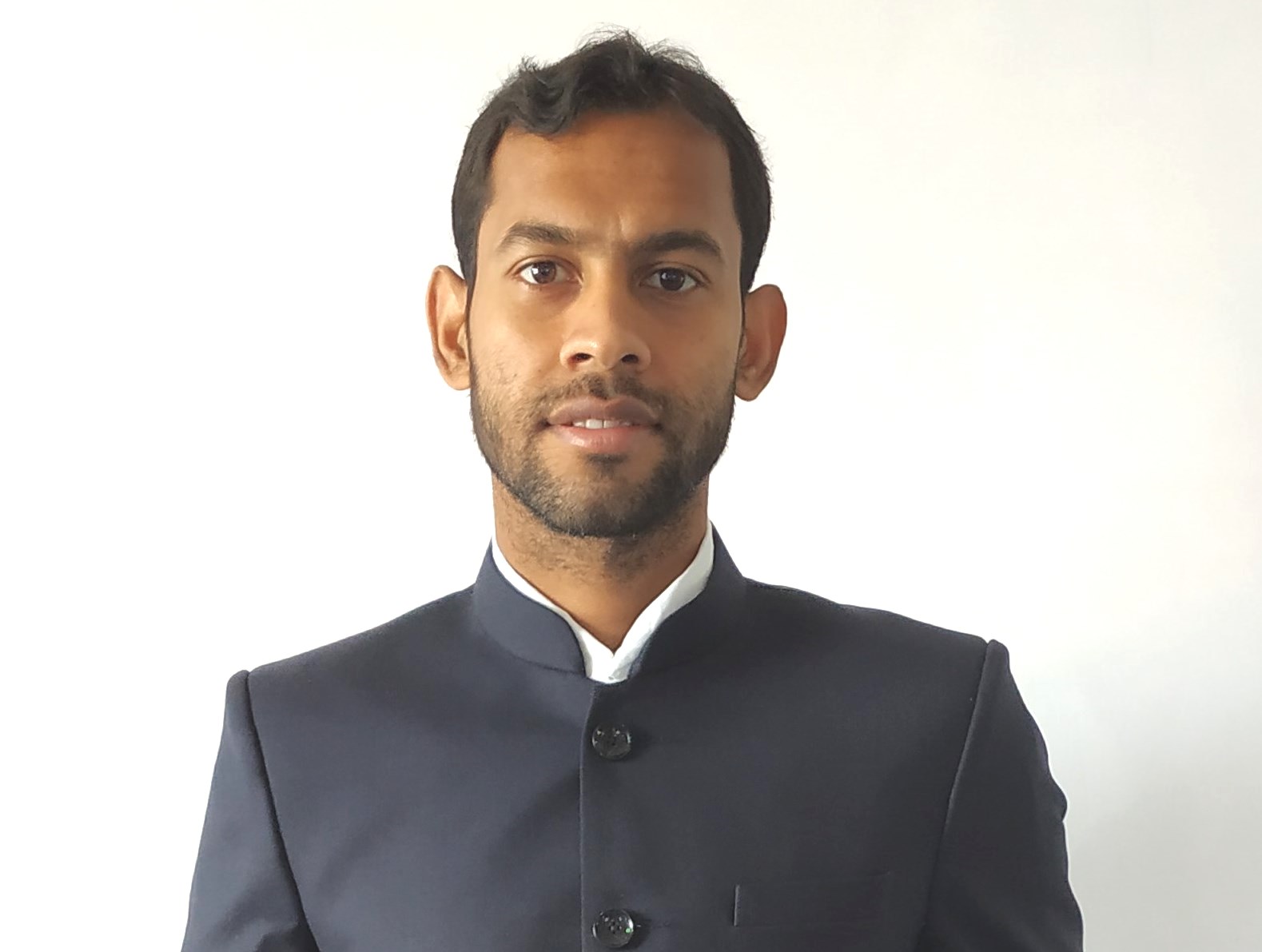 Prabir Mahato, was born in Ranchi (India) in 1990. He did his Bachelor’s in Chemical Engineering from M.S. Ramaiah Institute of Technology, Bangalore, India in 2013. In the following year he moved to Italy for his Master’s, and received his M.Sc. in Materials Engineering and Nanotechnology from Politecnico di Milano, Italy in 2017. He has been a recipient of Gold scholarship for merit at this university. Later in 2017, he joined the Institut des Nanotechnologies de Lyon & INSA de Lyon, France as a PhD candidate to research on the topic ‘Study and development of resistive memories for flexible electronic applications’. He successfully completed his PhD degree under supervision of Prof. Damien Deleruyelle in 2020. His current research interests concern the field of memories, CBRAMs for RFID applications, sensors and solar cells. 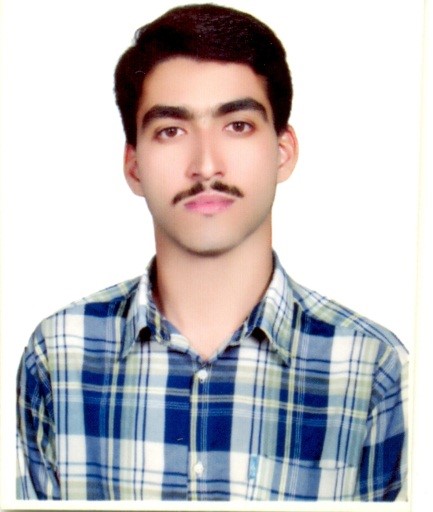 Reza M. Beghaee received his B.Sc., M.Sc. and Ph.D. degrees in electrical engineering from the University of Tehran, Tehran, Iran, in 2002, 2005 and 2017, respectively. From 2017 to 2021, he held a research associate position with the Iran Telecommunication Research Center and Center of Excellence on Applied Electromagnetic Systems, Tehran, Iran. From 2021 to 2022, he was a post-doctoral researcher with the Space Physics, University of Tehran, Tehran, Iran.
His current research interests include applied electromagnetics, rigorous computational modeling and simulation, optimization and design of systems and devices in complex dispersive media such as bio-media, chiral media at microwave & millimeter-wave, as well as optics.
Currently, he is a post-doctoral fellow with the Laboratoire de Conception et d’Intégration des Systèmes (LCIS), Grenoble-INP, Valence, France. He is working on some special propagation and radiation issues of chipless RFID under the supervision of Prof. Etienne Perret. 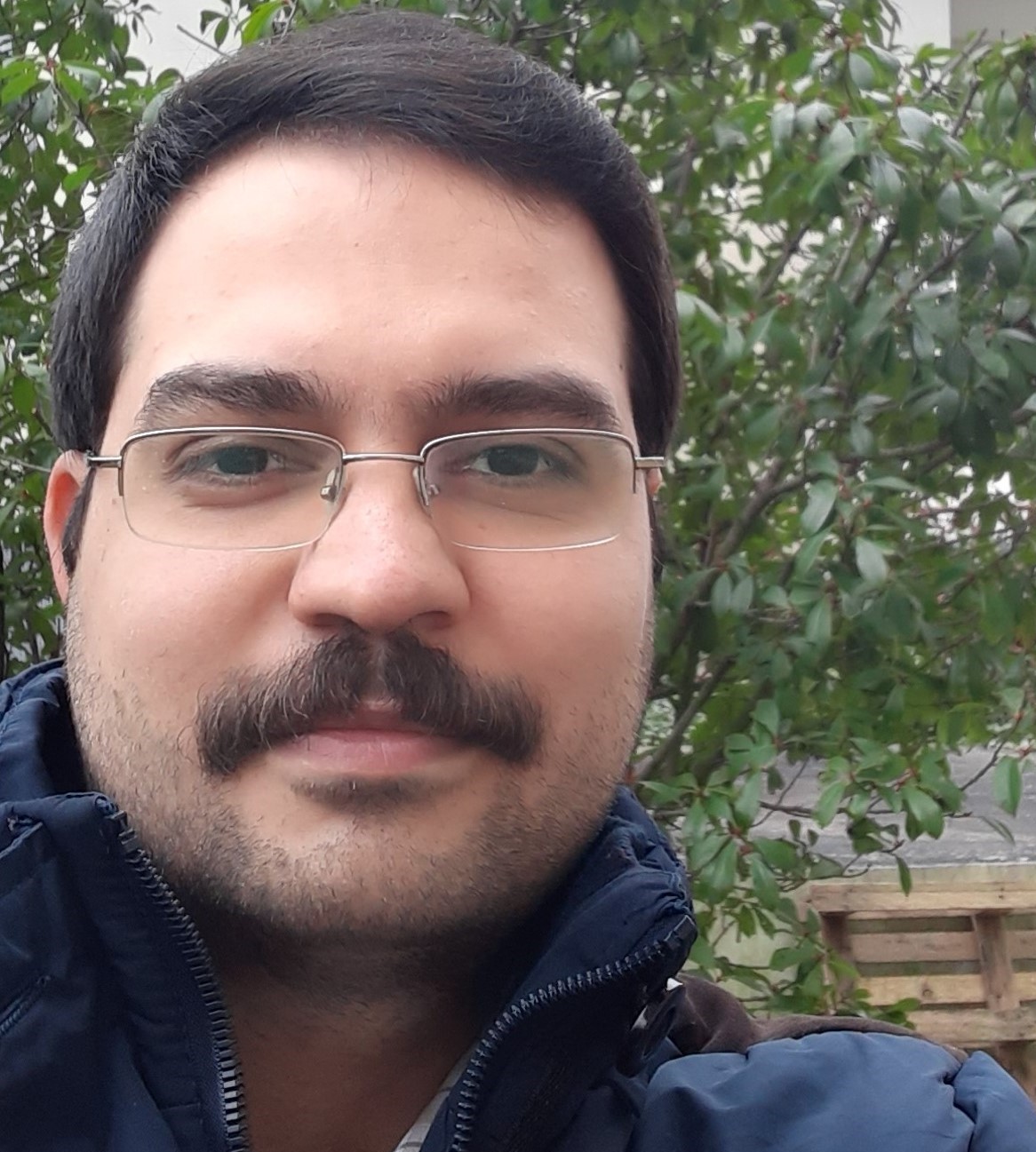 Ashkan Azarfar was born in Yazd, Iran. He received his B.Sc. degree in Electrical Engineering - Communication from the Iran University of Science and Technology in 2014 and M.Sc. degree in Electrical Engineering - Electromagnetic Fields and Waves from the University of Tehran in 2017. In 2017-2019, he was a researcher at the Microwave Laboratory of the University of Tehran working on reconfigurable antennas and filters, microwave measurement techniques for material characterization, and wireless power transfer (WPT) systems design. Currently he is pursuing his Ph.D. degree at LCIS laboratory - Grenoble Institute of Technology in Valence, France, under the supervision of Etienne Perret and Nicolas Barbot. 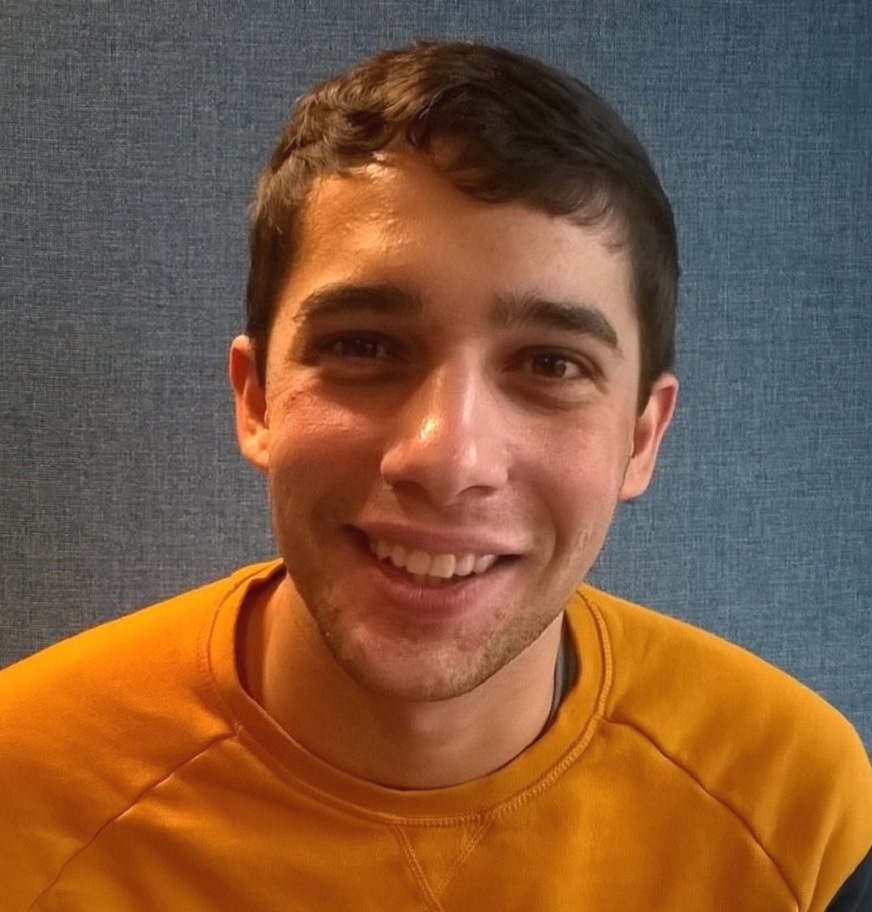 Florian Requena was born in Orange, France. He received the Engineer degree and the M.Sc. degree in electronics and radiofrequency from the Grenoble Institute of Technology in 2019, France. Currently he is pursuing his Ph.D. degree at LCIS laboratory - Grenoble Institute of Technology in Valence, France, under the supervision of Etienne Perret, Darine Kaddour and Nicolas Barbot. 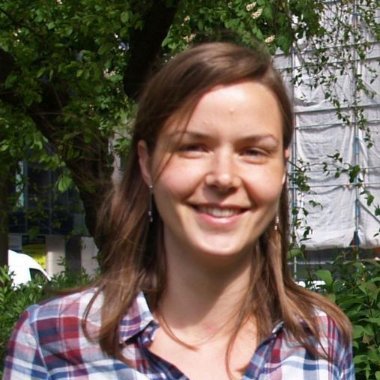 Nathalie Franck was born in Braine-le-Comte, Belgium. After receiving an M.A. degree in Translation in French/English/Italian from the Université de Mons, she completed a translation traineeship at the European Parliament in 2010. In 2011/2012, she gained experience as a French language assistant at the Ourense Official Language School. Between 2012 and 2018, she worked for several European organisations, first as an administrative and communications assistant to later become the Finance and Administrative Officer at Social Platform. She currently holds the position of Administrative assistant at the LCIS Laboratory - Grenoble INP, as part of the ScattererID project.